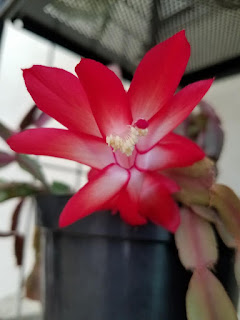 Yes, I know, it's old hat by now. But, you've been stopping by here for a few years so must know that three days late is my default setting. If you're feeling grateful that there's something to read here today you can thank American College Football. It was a few days ago, maybe the first, and Ohio State was playing Washington. The OC was comfortably planted in his chair, with his book and his crossword, keeping a weather eye on the action.

I've lived in this country going on fifty years and I still don't understand American football. Partly because I haven't made the effort. It's way down at the bottom of my list of things to learn more about before I die. I don't understand why people get so excited about a bunch of grown, or usually overgrown, and grotesquely padded men, running at a hundred miles an hour, up and down a field wearing tights, helmets, metal face protection and carrying a ball that doesn't look like a ball, while the other team does everything in their power to stop them, and both sides blithely ignore the danger of serious brain injury. 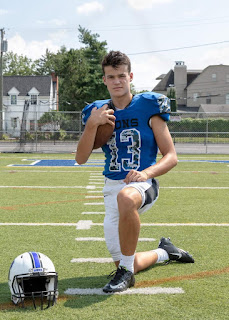 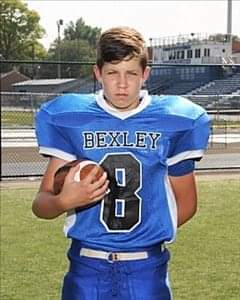 In spite of my puzzlement here are some of my favorite Ohio State football fans.

And the crowd roars! What just happened? A score? A touchdown? A penalty? Don't look to me. All I can think of by way of explanation is that it's a carryover from Roman times, brought here along with that first pizza delivery.

'Nuff said. There was shouting and roaring. The intense and earnest commentators wagged their heads and tongues, debating every move as though world peace hung in the balance. The OC, an otherwise highly intelligent man, sat in his armchair, reading, letting it all wash over him like so much lovely classical music. And he had command of the controls. Not that I'd know how to use them or even care to learn, if he ever surrendered them.

So. Back to my lair where I'm surrounded by things I can make sense of - fabric, books, more fabric, paints, photographs and, drumroll please..... Blogger. 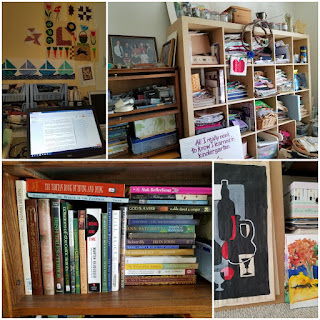 It would be easy, and self deceptive, to say that I blog for myself only, because I enjoy writing, especially the serendipitous bits that appear on the page when I'm on a roll, without me ever having planned them. The truth is that, without the feedback from your comments, I'd just scribble away in more and more notebooks, as I've been doing for most of my life, leaving a tangled, mixed up mess for my children to unravel. Or burn. After I'm gone.

Life's a journey. Making connections and sharing with fellow travelers intensifies the joys and makes bearable the sorrows. I believe we are all more alike than different, and stirring a memory, a smile or a deja vu moment in my friends, both here and in real life, makes me happy.
And who doesn't want to be happy?

I had a look at my blogging record for last year and was unimpressed. At first glance I saw thirteen posts for 2018. Not so bad, I thought. Except that on closer inspection I discovered seven were drafts. Seriously unimpressive.

My experience with new years' resolutions has been that I ride the wave of enthusiasm for a few weeks, then crash. I'm not making a list for this year though I've read some inspiring ones and taken notes. I know what I have to do. I need to just do it. Which is not to say that lists aren't helpful. They are.
"Know thyself."
And I do know this about myself:
sometimes my list becomes the project when I'd be better employed getting one thing on the list a little farther down the road.
Action not procrastination.

In that spirit, here, live from my lair, is my first blog post of 2019. And, if you've enjoyed reading it, don't forget that little thank you note to the American College Football Association.


***In case you're interested - Ohio State won, which made those fans up there  over the moon happy, while I was still scratching my head.

A big thank you to football - which is a thought which I don't think has ever crossed my mind before.
Sports are not for me. I don't understand them and don't try (though some are more comprehensible than others).
And a very Happy New Year to you and yours.

I'm with you on the football befuddlement. It makes so many family members happy, though. So I pretend I understand. Or maybe I just nod and smile.

and P.S., that Christmas cactus is beautiful. There just isn't enough red in our lives.

As per your usual Ms. Molly, you've made me laugh. I'm impressed that learning more about football is way down on your list of things to do before you die -- it's nowhere to be found on my list. I don't know much about it, but more than I want to know. My boys weren't very happy with me when I diverted them into other sports, but my Dr. child has since thanked me (after attending a med school lecture by the guy who wrote the book that started all the concern about brain injuries.) It definitely made me happy to see a new post from you - so Thank You! And Happy New Year!

I've levied here my whole life and have attended many a football game (I was in marching band), but still don't understand it. The organized sports gene is just missing in me.


Happy 2019 Molly. Don't worry about the lack of posts...I enjoy any you write, so just go with the flow. When "The mood," strikes entertain us please - I'll read it and agree with much of it. I think, be happy with what you are doing and don't fret too much over what you haven't achieved. Get enjoyment where you can. Make people smile when you can...and here is a great place to do that.
Hugs from NZ.

You have one heck of a fabric stash, and when you are hunting for some thing, you can actually see it!! My stash is in clear storage crates, which doesn't really help all that much.

I will watch the Super Bowl; there are always commercials that are original and amusing. European foot ball is preferable. Can't look away.

Yes, I've been pretty unimpressed by the quantity (not the quality) of your posts recently too... and not just yours, I have to say. Stick to that resolution, Molly!

You forgot the bit about professional sports - multi-millionaires, running/skating/jumping for loads of moolah while the peasants go rapturous with joy, handing them even more moolah by purchasing t-shirts and other memorabilia of their favourites.

Glad you rejected it all and started typing at us.

Welcome back to sanity!

Quality, Molly, quality is what counts. So thank you for your (scant) 13 posts - and possibly more than that measly number in 2019?

Lots of love from California!!

Dear Molly, I've lived now for 82 years without ever watching for more than five minutes a football game. My brother, his wife, his daughters and grand-daughters, and now great grandchildren all watch football. Faithfully. As do many friends in Minnesota. Nevertheless, I'm in the same frame of mind about it as you are. The whole thing seems so juvenile. Yet put a baseball team in front of me and I see beauty and grace and the endless fascination of possibility. Peace.

Yes! My son went to OSU and my husband and he live for those games. I find other things to do on game days.